You reading this because, you probably vising now my personal website, blog or decide to Join our Fashion Photography Channel Workshops group at Meetup.com

I notice – I have a title there: 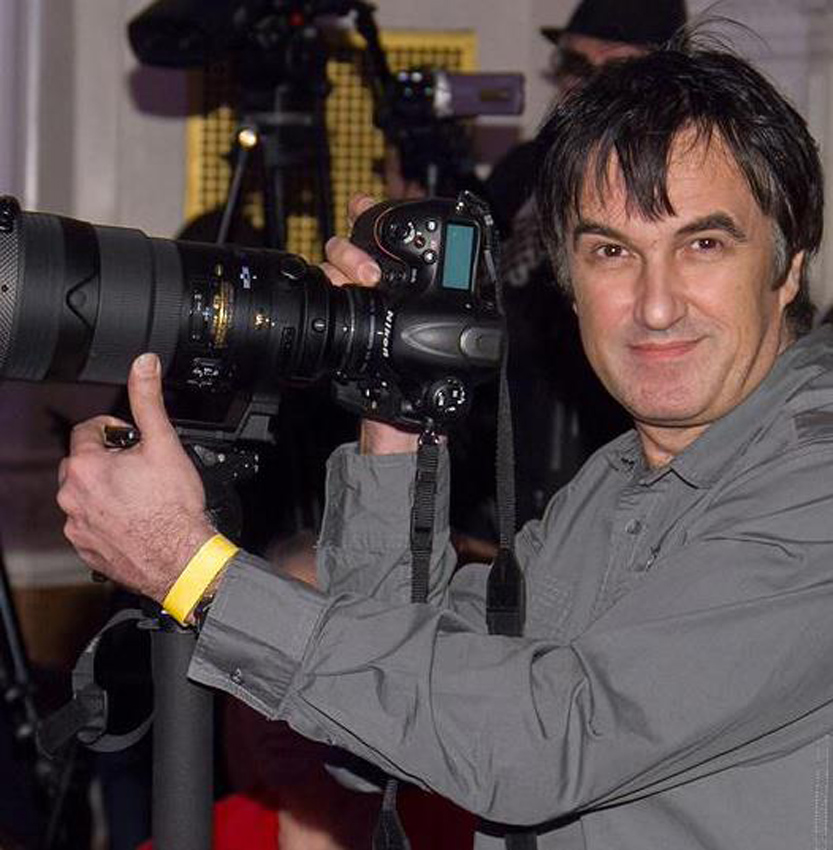 If you never heard my name, you’ll probably ask yourself:  who is (hell) this guy and why is he think he can lead or teach us?

Not every photographer can teach (even he is very professional and famous at his field) and not many others can qualify to criticize/judge work of others. Let me give you some brief information WHY I CAN CALL MYSELF your friend/ colleague/ group leader/ a coach.

A LITTLE BIT from my BIOGRAPHY ( how I’d start photography):

My name is Anton Oparin and I’ve been photographer from the age of 14 when I’d start my self-study of black/white film photography. It was not professional job, just a hobby (Amateur Photographer), but that experience was very important for me and definitely counted!
I was developing my taste, imagination and first technical skills…
My father was geologist and took many semi-professional photos at his scientific expeditions at far north of Russia. I was in love with my father job. It’s look very dangerous and adventurous at the same time. He was kind of “Indiana Johns” in search of treasure in my imagination.

My dad gave me FED-2 camera and few rolls of b/w film to try and did not explain much, except practical way how to set shutter speed for inside shoots ( 1/60 sec), aperture (f2,8) and use distance metering system in camera by combining two light circles at rangefinder… the rest I got from my own experiments and photography books.

B/W films he gave me were outdated (expired) few years ago, but I did not understand how it could affect quality or exposure. I bought primitive Russian enlarger Neva-4, pre-mixed chemicals (developer, fixer) and start my own darkroom lab at my parent’s apartment bathroom. This was year 1979. 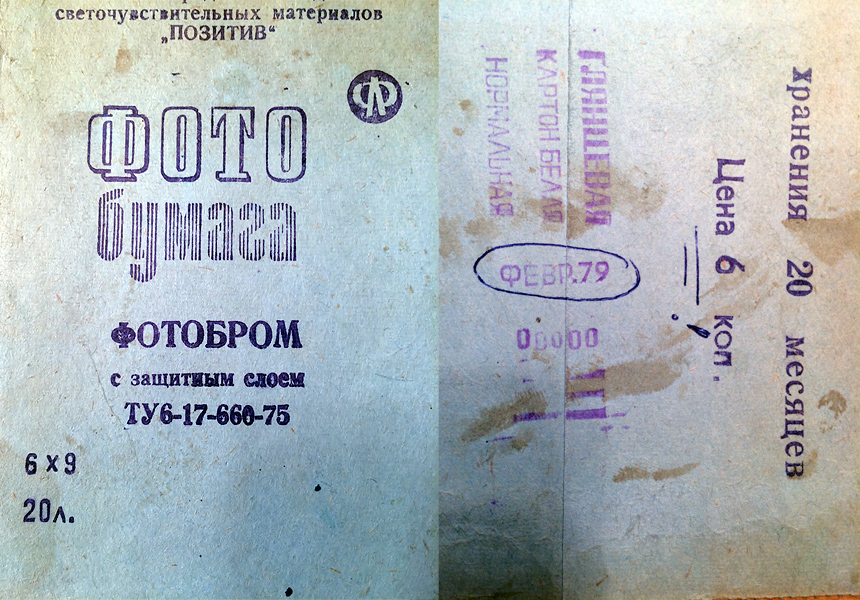 Below you can see actual photo – self-portrait I’d shot with FED-2 camera, 65 ASA b/w film developed and printed myself. You can see RETICULATION of emulsion on this photo because I’d washed out film at WARM water (first mistakes)

Back in 1984 I’d register my first photo cooperative (self-employee Company), I paid state dues and get license to shoot people at public places or my own studio as PROFESSIONAL photographer. I’d start making “street style” photos of people in St. Petersburg, Russia and print large size portraits (which sells for approx. 10 rubles/each  which was about $4, Note: average monthly salary that time was from 60-120 rubles only, so my prices was not cheap at all, but I was requested an artist back in 90s) 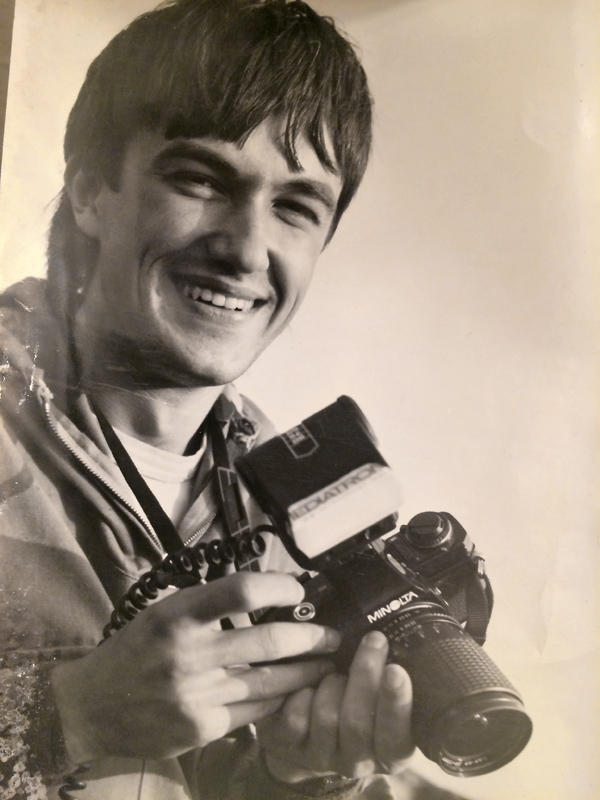 SIMPLE RULE: When you start getting financial compensation for your work – you’ll become Professional! If you shoot nice FREE photos for yourself of friends during off- time from your main job – you still just Amateur Photographer!

Few years later my people’s portraits was noticed by Cinema/TV studio “Lenfilm” and producers of FIRST modeling (not beauty)contest in RUSSIA : “Foto-Kino-Video Model  1989” and I was invited as (only) OFFICIAL PHOTOGRAPHER to shoot 15 models portfolios in 30 days period before contest, using color slide films ORWOCHROME ( German brand) . General idea was to make huge 4×9 meters slide projection on the screen at Music Hall stage during “Foto” contest part, when models was make some elegant poses on moving transporter belt, across the stage. Words “portfolios” and “models” were used for first time at all media during this event. Before only “Mannequin girl” or “Beauty Contestant” terms was in use!

I can also call myself “Model Carrier Developer” because I’d found and grew up many of the FIRST Russian supermodels  of 90s (like Olga Pantushenkova, Irina Zakharchuk, Irina Bondarenko and few others).  You can see Olga Pantushenkova at various Christian Dior Ad campaigns & Cacharel Eden perfume commercials.

and  photo below called “Golden Summit of the Model Industry, 90s – Versace S/S 1994” where Olga Pantushenkova standing in the middle between Carla Bruni and Christy Turlington at the top row! She starts working with me at the age of 15 during first modeling contest in 1989. 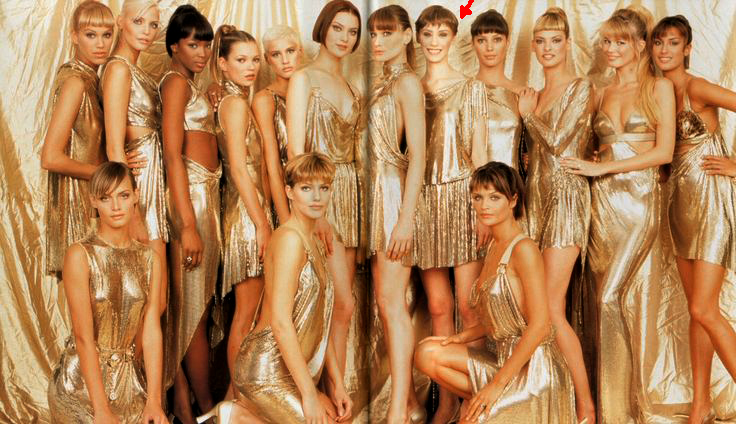 The stories from my working experience with models can easily feel up another few pages of this essay, so let’s get back to photography now…
…I came from Russia to United States in December 1995 and work FULL time at commercial photo studios and printing companies (ACM Photo, NE Photo, and Precise digital) from 1996-2001. I shot thousands of Actors Headshots, model portfolios, creative portraits, learn how to do fast hair and make-up styling, drum and flatbed photo scanning, image manipulation/retouching in Photoshop 3.1, Creating layouts in Quark express and print Model Composite cards for leading NYC model agencies using laser printers on card stock paper.

This first Photo Journalistic faculty in Russia was a joint project by Moscow State University and “VGIK” – State Institute of Cinematography.  Established movie producers and best Soviet camera operators teach me how to make appropriate frame compositions, dynamic camera angles, achieve decent contrast and continuous tonal range, get attention to details, and produce pictorials – editable TOGETHER sequences of shots, and many more other “tips and tricks” from movie productions of 80s… 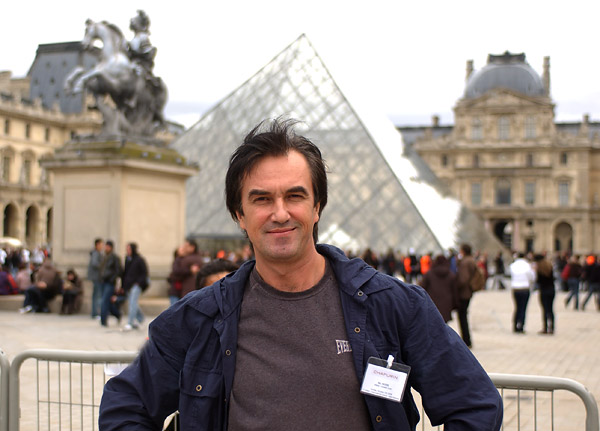 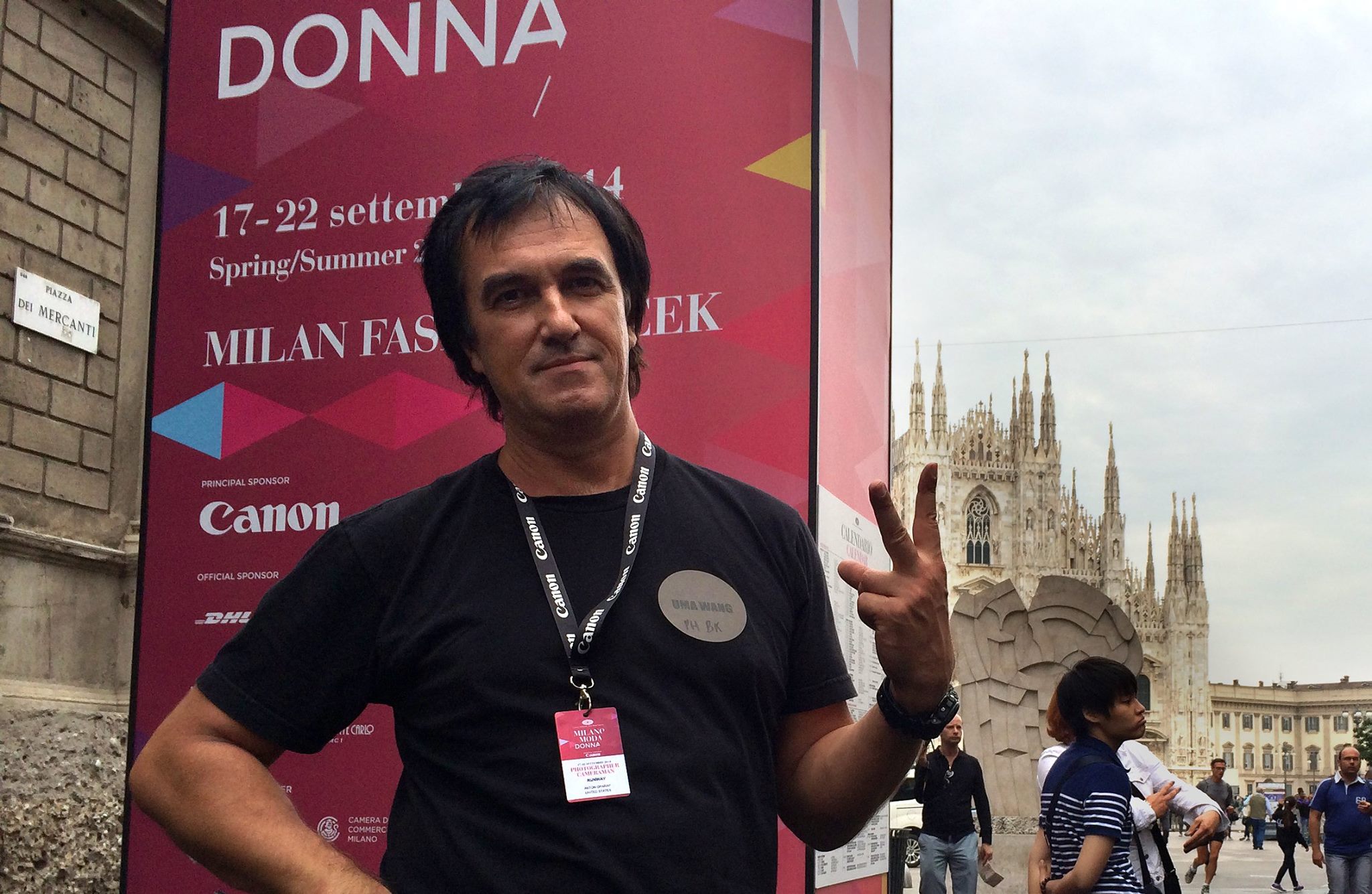 According counted shutter(s) acquisitions of all my digital cameras I’ve own or rent, number of cases with slides and negatives at my archives – I’m personally shoot over 2 Million of mages from year 1992! 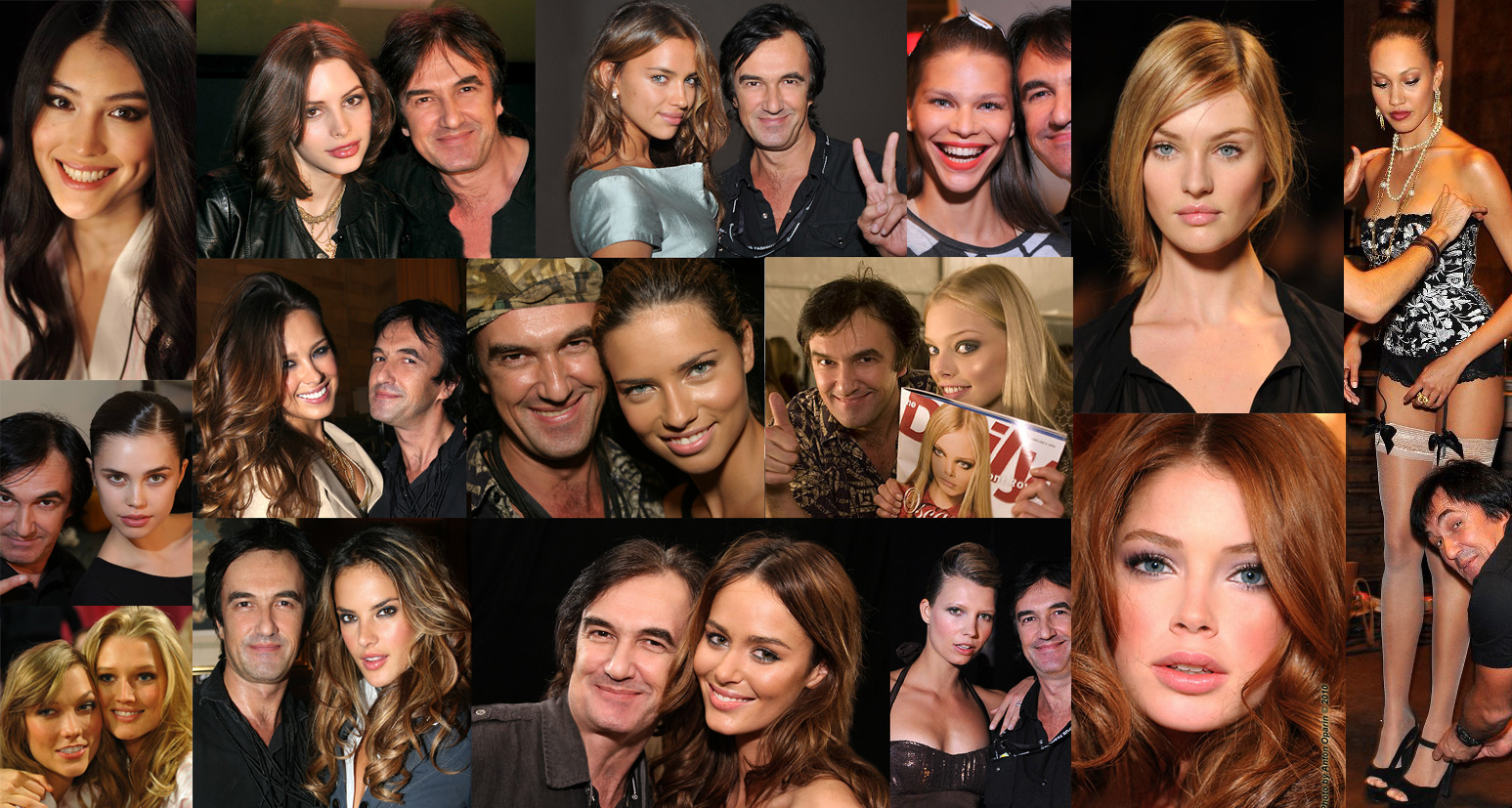 Many designers I’d shot backstage or Interview on Video already made a HISTORY and passed out, but it was Unforgettable experience for me! (Gianni Versace, GF Ferre, Alexander Mc Queen, Oscar De La Renta…) 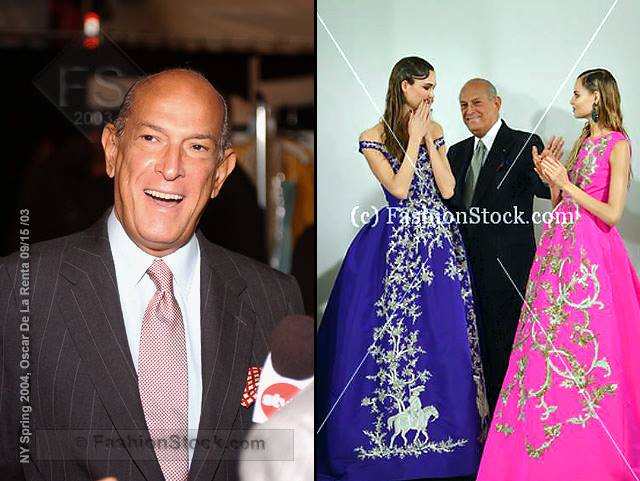 I can call myself “Established Photographer” – My work was published at more than 30 International magazines and few books about fashion. Vogue, Collezioni, Grazia, FEM, InStyle, US Weekly, Audrey, Hair+, DNR, Popular Photography, InReview and many more…) 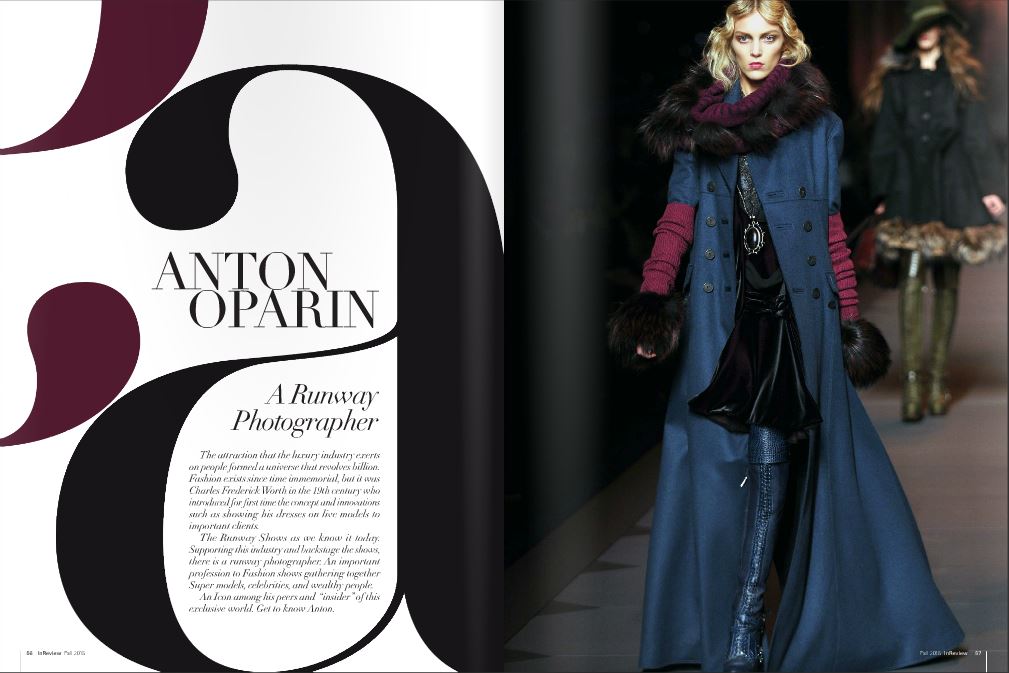 “Award Winning Photographer” title also could be used to describe my photography qualifications. I did participate at more than 30 different Photo contests, won or was finalist at such prestigious competitions as “World Press Photo” and “The Great Photo Contest” by Popular Photography magazine in category Fashion/Glamour. 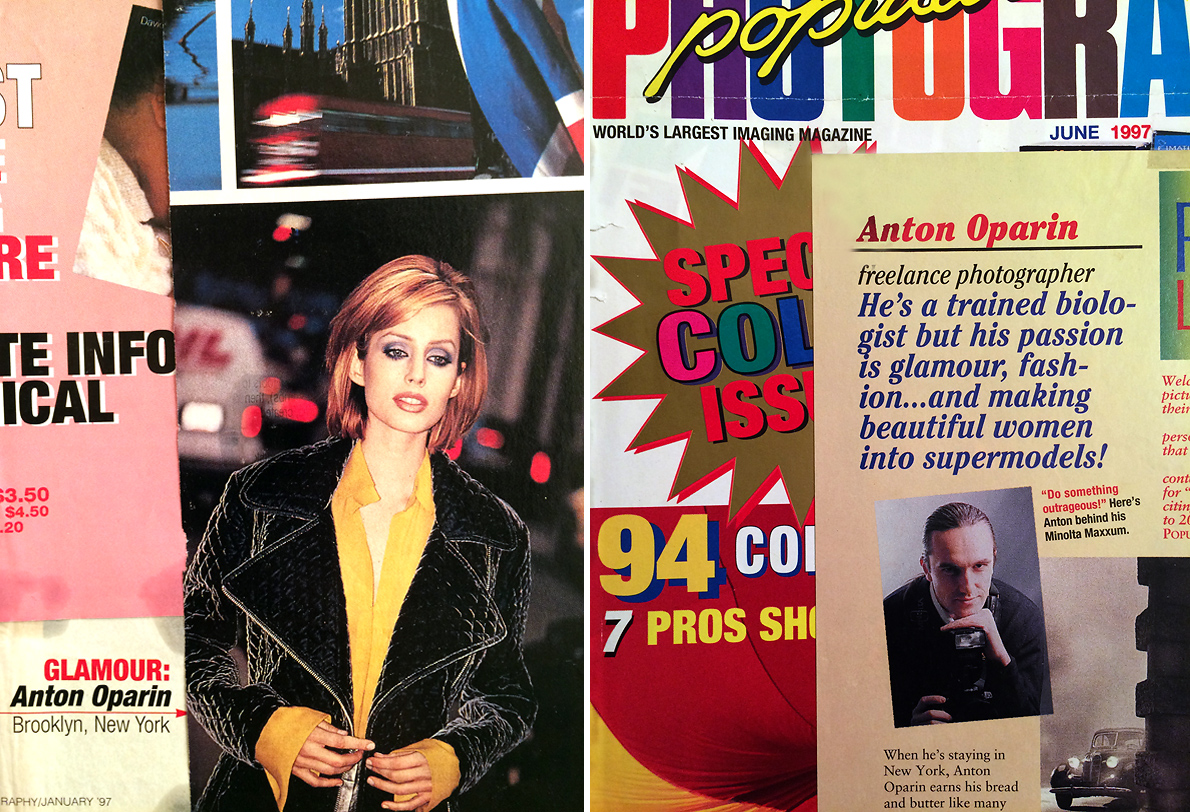 Do you want me to continue?

Many people of my profession ready to talk hours and hours about their carrier as an Artist (or about Personal Life – which is the same for them), but I rather leave this autobiographical essay UNFINISHED…
Why? Because I’m looking forward to see you at our workshops, masterclasses, discussions, and I would like to SHARE  my knowledge to the younger generation of photographers of 21st century! 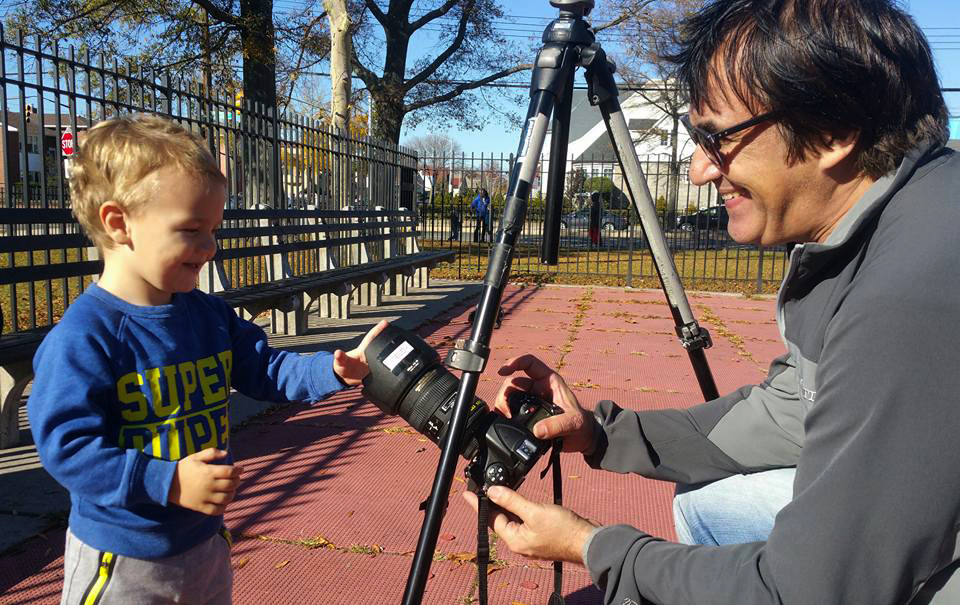 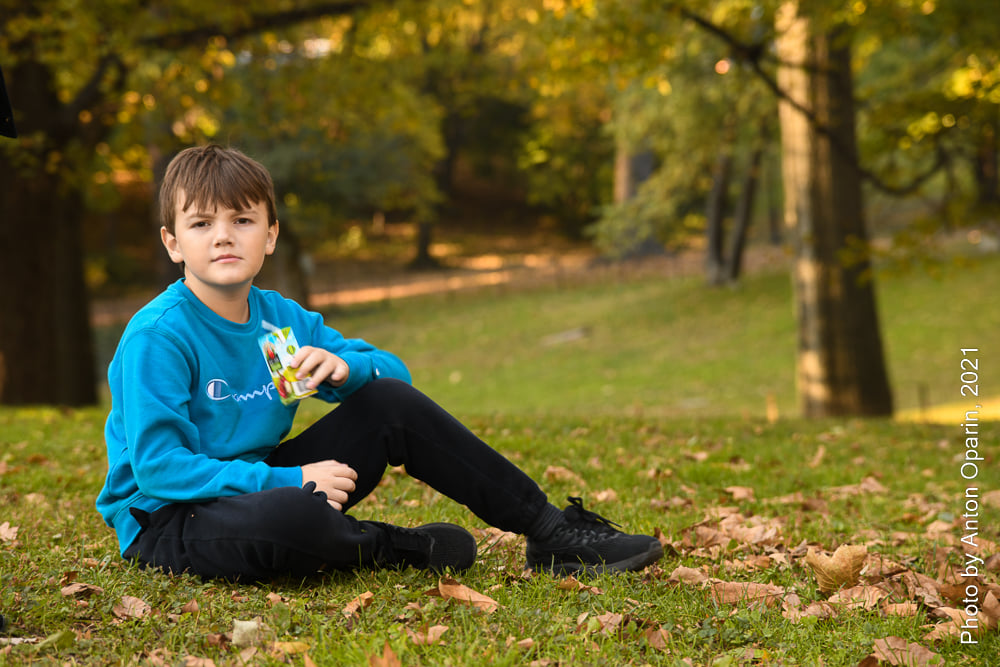 P.S. Also I can tell you – I’m very proud parent now and my 9 years old “Super-Duper” son Richard already showing his interest to the Daddy’s Toys! May be one day he’ll continue my business?